This issue will not be distributed door-to-door. To get future editions sent direct to your email inbox subscribe NOW! 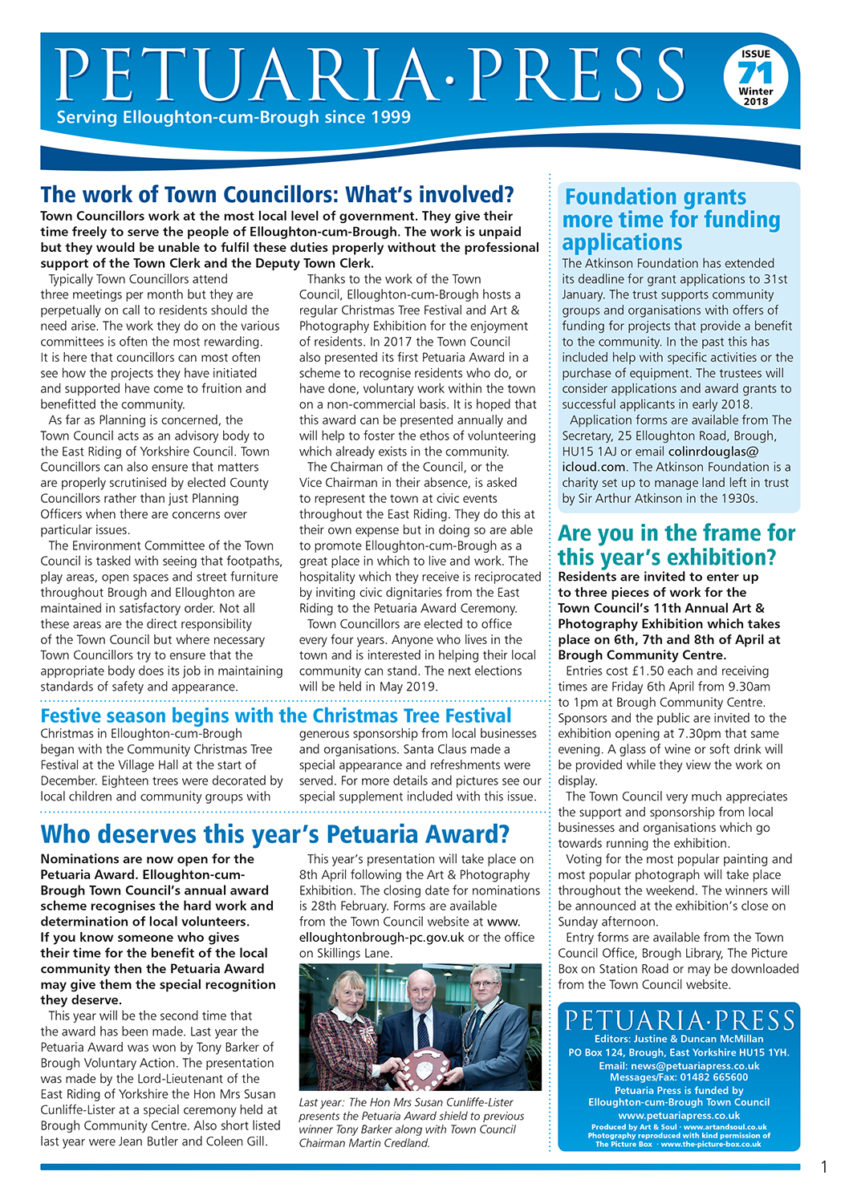 Memories from the Burrs’ Roman Gala of 1973

Sylvia Atkinson, who lived on Jefferson Drive in Brough in the 1970s, has written to the Petuaria Press with her reminiscences from when the Burrs Playing Field was officially opened. Sylvia and husband Len, a youth leader, were both on the committee of the Playing Field Association and helped to organise the celebrations. Sheila’s letter included press clippings of the time which are reproduced here along with the article texts. 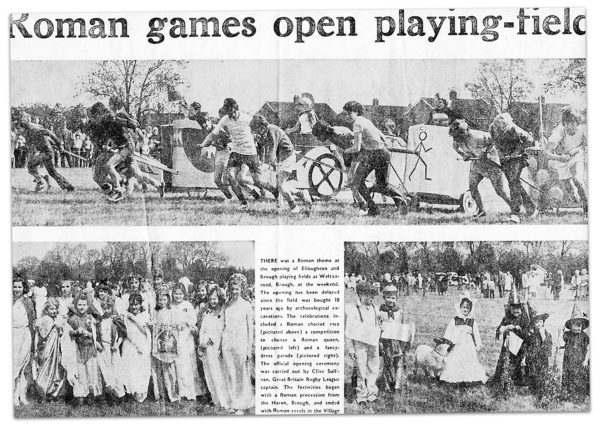 There was a Roman theme at the opening of Elloughton and Brough playing fields at Welton Road, Brough, at the weekend. The opening has been delayed since the field was bought 10 years ago by archaelogical excavations. The celebrations included a Roman chariot race (pictured above) a competition to choose a Roman queen, (pictured left) and a fancy-dress parade (pictured right). The official opening ceremony was carrid out by Clive Sullivan, Great Britaiin Rugby League captain. The festivities began with a Roman procession from the Haven, Brough, and ended with Roman revels in the Village Hall. 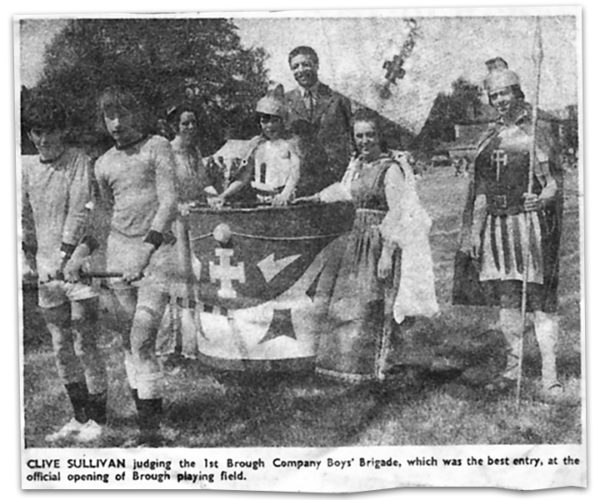 Clive Sullivan judging the 1st Brough Company Boys’ Brigade, which was the best entry, at the official opening of Brough playing field. 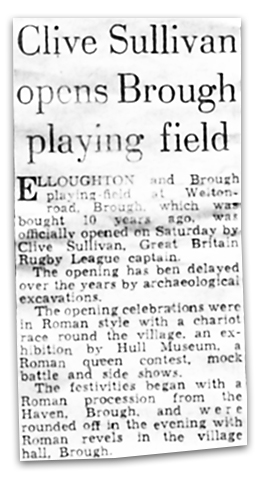 The opening has been delayed over the years by archaelogical excavations.

The opening celebrations were in Roman style with a chariot race around the village, an exhibition by Hull Museum, a Roman queen contest, mock battle and side shows.

The festivities began with a Roman proecession from the Haven, Brough, and were rounded off in the evening with Roman revels in the village hall, Brough. 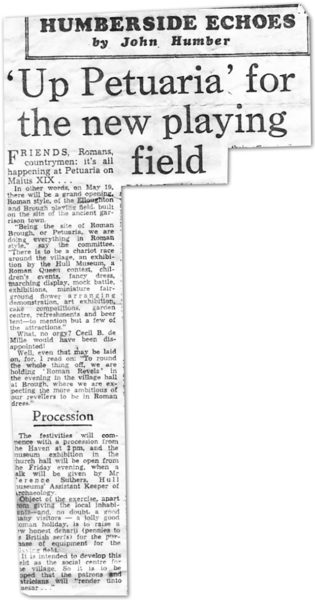 ‘Up Petuaria’ for the new playing field

Friends, Romans, countrymen: it’s all happening at Petuaria on Maius XIX…
In other words, on May 19 there will be a grand opening Roman Style, of the Elloughton and Brough playing field built on the site of the ancient garrison town.

“Being on the site of Roman Brough, or Petuaria, we are doing everything in Roman style,” say the committee. “There is to be a chariot race around the village, an exhibition by the Hull Museum, a Roman Queen contest, children’s events, fancy dress, marching display, mock battle, exhibitions, miniature fairground, flower arranging demonstration, art exhibition, cake competitions, garden centre, refreshments and beer tent – to mention but a few of the attractions.”

Well, even that may be laid on, for I read on: “To round the whole thing off, we are holding ‘Roman Revels’ in the evening in the village hall at Brough, where we are expecting the more ambitious of our revellers to be in Roman dress.”

The festivities will commence with a procession from the Haven at 2pm, and the museum exhibition in the church hall will be open from the Friday evening, when a talk will be given by Mr Terence Suthers, Hull Museums’ Assistant Keeper of Archaelology.

Object of the exercise, apart from gving the local inhabitants – and no doubt a good many visitors – a a jolly good Roman holiday, is to raise a few honest denarii (pennies to the British serfs) for the purchase of equipment for the playing field.

It is intended to develop this field as the social centre for the village. So it is to be hoped that the patrons and patricians will “render unto Caesar…”

Limited printed copies of Petuaria Press is available from the following outlets:

Petuaria Press is a magazine-style community newsletter for the villages of Brough and Elloughton in East Yorkshire. We report on local events, community issues and the stories of remarkable local residents and their achievements. The printed magazine is published quarterly and is funded … END_OF_DOCUMENT_TOKEN_TO_BE_REPLACED

Petuaria Press is published quarterly and distributed in the first week of the month of publication.

If you are submitting information for publication then please refer to our copy deadlines to ensure timely receipt.